Lessons Children Can Learn From Brexit

1. It's ok to lie to your parents providing the lie is on the side of a bus
2. Your toys are NOT for sharing
3. Your teacher is an expert in her field. Do not trust her
4. If just over half your class agree with you, you can shout over the others
5. When playing on your pretend cash register watch the British pound drop by throwing it on the floor
6. School meals will now only ever be fish and chips (NOT French fries). All other cuisine banned
7. You cannot be a member of a friendship group. All friendships must be negotiated individually. You may be part of a large friendship group now, but you will have to leave them and then speak to each individual friend separately every time you wish to make a decision. The rest of the group will probably still make collective friendship decisions without you but you don't do cooperative working so quit hanging out with them.
8. Always cry like a baby when people disagree with you
9. Remember that a kid called America is going to copy all your mistakes
Posted by Lloydie at 04:31 No comments:

Brexit Campaigners Release Map Of The Little England They Want

The campaign for Britain to leave the EU finally bowed to pressure and released the map of the Little England they want. 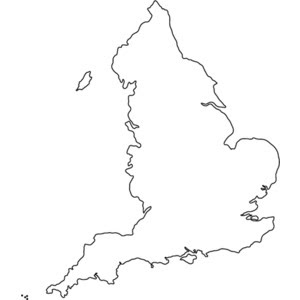 The map clearly shows a breakaway Scotland making more money from haggis than England will from hipster light-fittings (a market that's likely to decline due to large numbers of educated hipsters emigrating).

The Remain campaign say the map is full of holes. They claim it clearly shows Brexiters have no idea how to make a map. There were also claims the map has clearly been made on Swiss cheese. A spokesperson for Brexit said "Of course it's made of Swiss cheese. The Swiss have special bi-lateral treaties with Europe so we used their cheese to illustrate the holes in our arguments".

The map also appears to dispense with the M25 under a lump of Branston Pickle.

The UK votes on whether or not to become as useful as a slice of cheese next month.

Themed pub admits theme of "closed down pub" was misguided


Weather: High visibility sass with sick beats by dusk. In summary: Beyoncé.
Posted by Lloydie at 00:17 No comments:

Devil Continues To Troll God On Twitter Despite Ban

The Lord of All Evil (the Devil) continues to defy a Twitter ban in order to send abusive messages to God according to God's latest Twitter rant.
The Lord Almighty had been tweeting about eternal life and a new meme about puppies when he broke into a rant about how he "shouldn't have to put up with this shit". He went on to say that he could "break the Internet whenever I like. It's only because I'm a loving God that I don't" and that "haters gonna hate".
Twitter were quick to point out that abusive Tweets can be reported and users can be blocked. Nonetheless it seems that The Devil is using multiple accounts and IP addresses to circumnavigate this.
After tweeting that he "came online to save you from your sins, not put up with name calling and abuse" God condemned Twitter as "full of darkness and bitterness" and appeared to suggest he was going to quit the social media channel for good.
Although the Lord God Almighty has, as yet, not deleted his Twitter account, he hasn't Tweeted for two days. His Snapchat account appears to still be active, however.
In other news:
Local staging of The Can-can using canned goods from Cannes deemed a success
Trouble brews as beverage company uses Coldplay song as tea bag
Local pun champion shot by angry protestors
Weather: Wet side-eye to begin with; gradually giving way to oncoming traffic.
Posted by Lloydie at 06:08 No comments:

A new Hollywood movie about World Book Day will remove the need for anyone to read a book again.

"Never before has the publishing world be so simultaneously celebrated and decimated" said Jonathan Sideparting from PR firm Ivory Trade. "The film makers have carefully worked out what book readers love so much about reading a book: comfort, superiority and a smug head-voice. They have then created this experience in this groundbreaking piece of cinema art".

Publishers from across the world have joined together to picket cinemas screenings of the controversial film. "What people don't realise is how dangerous this film is" said Sally Upton-Overton from Contrast Books. "It's not just that publishers could lose their jobs, although that's important, it's the fact that the upper middle classes will lose yet another bragging right over the lower middle classes. Soon there won't be any delineation between the middle class at all and I for one don't want to be lumped in with the sort of people who won't even make the effort to get their children into a Church of England school".

Smiling now the main cause of workplace smugness

Weather: Serious sassy trolling until the weekend with varying chunks of overacting

Donald Trump has won his first Academy Award, claiming best actor for his performance as an intolerant, ultra-right wing candidate in the political epic "Election 2016".

The 69 year-old had previously been nominated five times for his role in The Apprentice but the Academy ultimately felt he wasn’t a convincing businessman.

Trump played “Donald Trump, Republican Nominee” in the film “Election 2016” and is known for catchphrases such as “I have a great relationship with the Mexican people” and also “Mexico are sending people that have lots of problems, and they are bringing those problems to us. They are bringing drugs, and bringing crime, and their rapists”

Other awards also went to some other white people.

“Does my trunk look big in this?” asks tree and elephant at same time

Weather: Handsomely fresh with fresh prince by afternoon. In summary – super duper.
Posted by Lloydie at 02:13 No comments:

"I Can Do Deal For Oxygen In Space" - Michael Howard

The former minister is taking place in “Conservatives In Space” a new Channel 4 reality show where 20 prominent members of the Tory Party are sent to orbit the earth in a giant space station. 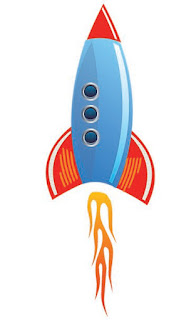 Mr Howard went into the “diary room” and said that he wanted to go out into space on his own arguing that he had the ability to negotiate deals on oxygen and space suits with the universe.

But Chancellor George Osborne has said if everyone in the space ship voted to leave it would cause mass deaths due to lack of oxygen and atmosphere.

The vote on whether to stay in or out of the space ship will be held later this year. If more than half of the Conservatives vote to leave, all of them will be jettisoned to certain death, as the space ship breaks apart.

The Liberal Democrats, who were due to be in the space ship until last year’s pre-launch election, expressed relief that they weren’t about to be sent into oblivion. "We've done that already. We really don't want to do it twice" said a spokesperson.
Posted by Lloydie at 02:26 No comments:

Five TV Shows They Should Update in Some Way


The X-Files is about to make a return, but there are plenty other shows that deserve another chance too.

Beverley Hills 90210 - The retirement years.
Let's follow the class that eventually got so old that they ended up getting plastic surgery and moving to an old people's residential complex. All the drama - none of the facial expressions.

Facebook Friends
The cast of Friends have now moved to different neighbourhoods so they sit in six different coffee shops and have a group conversation on Facebook Messenger to discuss how no one told them life was going to be this way in their late 40s.

Middle Aged Mutant Ninja Turtles
Donatello is worried that his pension plan won't pay out enough and he accidentally put the crucial bit of paperwork connected with it into the shredder. Michelangelo is morbidly obese due to excess pizza consumption.

He-Man's Gay Cruise
He-Man no longer needs to protect the secrets of Castle Greyskull since he uploaded them into the cloud so he's gone on a gay cruise. Now He-Man can walk on deck with his super-short shorts and hook up with guys that look absolutely nothing like Skeletor.
Posted by Lloydie at 23:35 No comments: